Turbo is not allowed. Anything other than the original Genesis should be submitted to the Emulator categories (includes the Genesis Mini).

Any% (Console) rules: Timing starts at "Press Start" on the Mega Man 1 title screen and ends on the final hit on Wily Capsule in Wily Tower. You may swap games after the final hit on Wily in each game with a soft reset. Timer is not paused between games! You must play the games in order (1, 2, 3, Tower). 1-3 must be played on a clean save file, and Tower must be played on a file where Tower has not been played. US version times will not be converted to account for text speed differences. Play on the Japanese version for optimal speed. 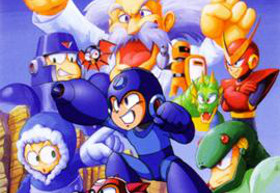 If you are missing something or don't agree with something that is displayed here. Please, contact any of these people.
Moderators: DSmon, fastatcc, strizer86